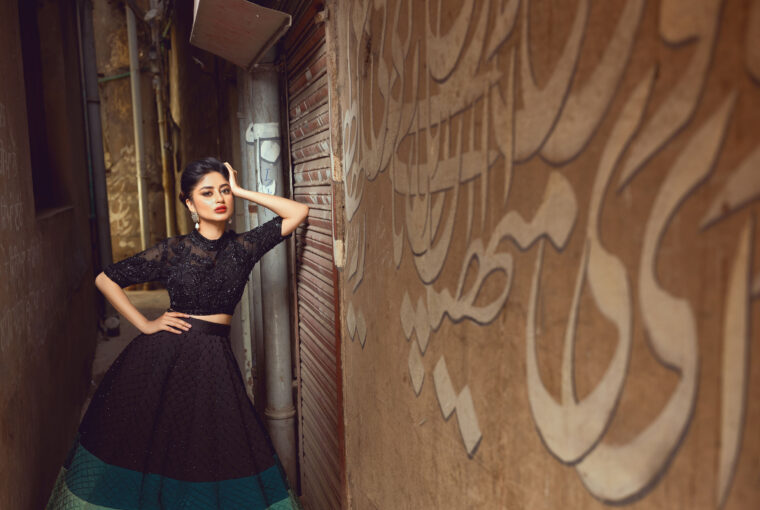 The Royal Trail (shahiguzargah) is a heritage trail that leads from Delhi Gate to the Lahore Fort. This was the route followed by Mughal Emperors when they would visit Lahore from Delhi. The trail connects a number of ancient monuments such as the ShahiHamam, Wazir Khan Mosque, Sonehri (Golden) Mosque, and the tomb of Malik Ayaz, an early 11th century governor of Lahore during the Ghazni rule. 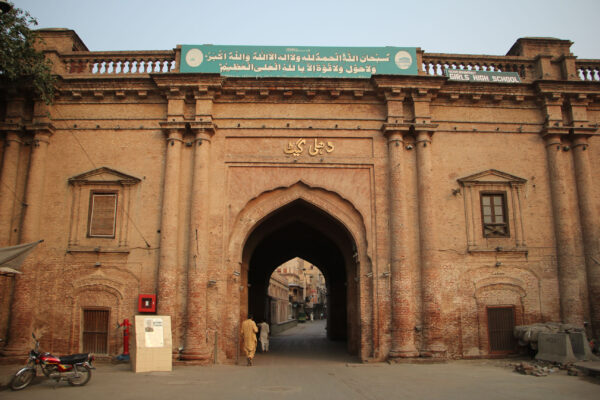 One of the most famous gates of Lahore, Delhi Darwaza (or gate) as the name suggests opens towards Delhi, once the seat of the Mughal Empire. It was built by the third Mughal Emperor, Akbar the Great (r. 1556-1605) and is the largest of the 13 gates of the Walled City. Delhi Gate is located between the Yakki Gate to the north and Akbari Gate to the south, at the western extremity of the Landa Bazaar.

The gate was still intact when the British took over Lahore from the Sikhs but was in ruins. Extensive restoration works carried out by theWCLA has restored it to its former glory.

Currently, Delhi Gate serves as the starting point for the Royal Trail, a project of the WCLA that retraces the ancient route used during the Mughal era by travellers to reach Lahore from Delhi.

Delhi Gate houses Craft Ghar, the first customised souvenir shop in old Lahore with the aim to preserve local craft and promote indigenous culture. If you find yourself roaming these ancient alleys, be sure to make a stop here to bring a memento back with you.

Recently restored by the Walled City of Lahore Authority, this street derives its name from the water tank at the entrance. This tank mainly serves the shopkeepers of the Delhi Gate bazaar.

TheShahiHammam, a 17th century public bathhouse dating back to the reign of Mughal Emperor Shah Jahan, is one of Lahore’s most spectacular historical monuments. It was built in 1634 by Hakim Ilmuddin Ansari, the then Governor of Lahore.

In 2013, WCLA in partnership with the Aga Khan Trust for Culture, undertook the conservation of this ancient building and it now stands restored to its former glory.

The Turkish-style hammam is a single storey structure covering an area of 1,110 square meters. Designed as a public bathhouse not only for the inhabitants of the city but also for travellers from Delhi, the monument serves as an example of a Mughal community space that provided opportunities for social interaction in the lives of the citizens.

Singh GaliSurjan Singh is named after Hakim Surjan Singh, a well respected 19th century physician known to have cured many royals. It is the most picturesque street along the Royal Trail. European in its aesthetic with cobbled alleys and hanging flower pots, the street has earned much acclaim on social media with viral photos. Here, each building is flanked by raised platforms where residents gather every evening and bring to life the true community spirit of the ancient Walled City. This street was restored in 2011 by the Aga Khan Culture Service Pakistan in partnership with WCLA, the German Embassy, and later Akhuwat Foundation.

“This beautiful building is in itself a school of design.” (- Lockwood Kipling; historian, an expert on British India and Rudyard’s father).

This early 17th-century mosque was commissioned by the chief physician to the Mughal Court, Hakeem Ilmuddin Ansari, popularly known as Wazir Khan, during the reign of the fifth Mughal Emperor Shah Jehan. Built in 1634-35 A.D, the mosque was part of an ensemble of buildings that included the nearby ShahiHammam baths.

With its ornately detailed, hand-painted fresco panels, it is indeed a magnificent Mughal architecture marvel. With an open courtyard and a central water feature, in the summer, it is a few degrees colder here than the crowded town outside its doors.

On UNESCO’s World Heritage Tentative List since 1993, the mosque is a short walk away from the Lahore Fort. It acquired political importance for being the official destination for the Emperor’s Friday congregational prayers.

The Wazir Khan Chowk is the open space directly outside the Wazir Khan Mosque. This Chowk/Square historically served as a cultural hub for eateries and activities like bethaks, qawwalis, and long evenings of Dastaangoi (imaginative and fantastic epics).

The chowk serves as the gateway to the Hujras of the Wazir Khan Mosque, the shrine of Sufi Saint Hazrat Said Souf, the Dina Nath Well, and the colourful shops of the Pakistan Cloth Market. The Walled City of Lahore Authority, in partnership with the Aga Khan Trust, restored the chowk to its former glory in 2012. Currently, it hosts a musical night every Saturday featuring Qawali, Sufi Kalam, Dhamal, Dhol, Heer, Whirling Darwesh, and much more.

Location: Walled City Of Lahore (Special Thanks to WCLA)

THE ILLUSTRIOUS WELCOMES US MR. LASHARI TO THE WALLED CITY OF LAHORE

THE TIME TO ACT IS NOW 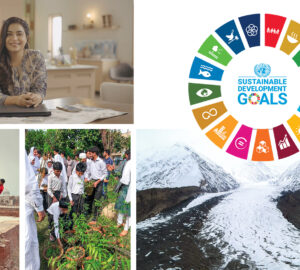 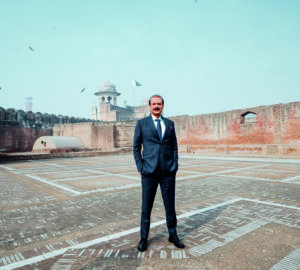 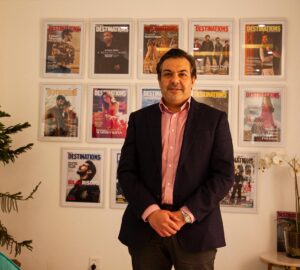