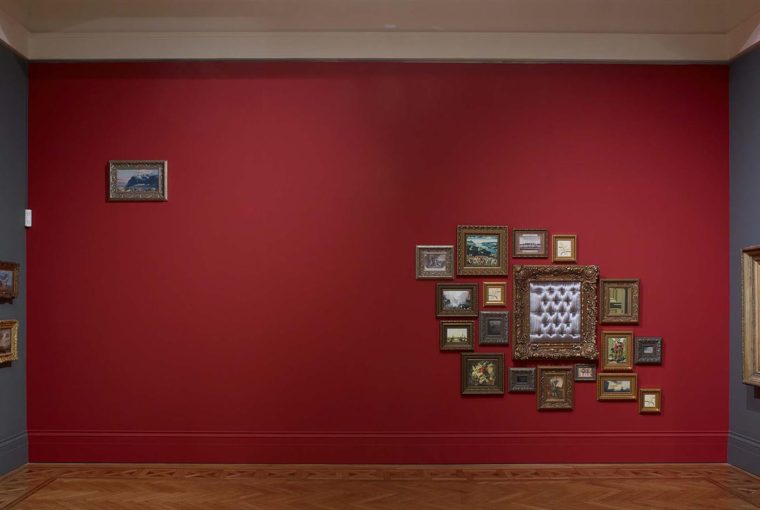 In a detailed retrospective of foremost Pakistani contemporary artist Risham Syed’s work, art professor and critic Quddus Mirza details the narrative that shapes her art – global themes that explore the economic, social and political construct between cities and nations that are privileged and underprivileged, colonized and colonizers, dominant and dominated. He concludes with a special review of her recent showing at the Manchester Art Gallery, UK which alludes to cityscape in connection with a paradigm shift in culture and tradition.

Through his work, Paul Cezanne wanted to “make of Impressionism something solid and durable like the art of the museums.” Following the French painter, several artists are creating works which can be in the same category – the art of museum. Risham Syed is one of these individuals, and her latest solo exhibition at the Manchester Art Gallery, UK is a testimony to how the artist living in Lahore negotiates with diverse worlds, words and times.

Risham Syed is an important contemporary artist practising in/from Pakistan. Her work has been shown at various locations at home and internationally, but the recent exhibition at Manchester is distinct because the venue provides a different context to her work. From an early stage in her creative life, Syed has been interested in exploring ideas beyond the formal exercises of image making.  The series of works, that won her the prestigious Abraaj Art Prize in 2012 during Art Dubai, was the outcome of her research into trade routes, and exploitation connected with it because of colonialism. Thus, the work was not merely a visual fabrication of images, but a comment on the unjust relation between colonial powers and colonized territories, as well as how the regions now classified as the Third World have been exploited under the false banner of progress and civilization.

Actually, the contradiction in the narratives of oppressor and oppressed – which often turned into conflict (bloody, too, in our recent and distant past) can be understood as the main or major content and recurring theme of her work executed in different forms and formats. Syed paints – with an incredible level of accuracy, adds objects, devises a display order to create a narrative which describes the situation of a country that faced many calamities and atrocities in its history. But if one looks at her work in retrospective (as her Manchester exhibition – being held from 30th September 2017 to 25th February 2018 – gives the opportunity) one realizes that even if the work is grounded in Lahore it is not landlocked in a city; in fact, it offers meanings and conveys concerns which are connected to all those cultures and communities which suffered under the claws of colonialism.

Risham Syed was trained in painting from the National College of Arts, Lahore (1989-93) and acquired her MA Painting from Royal College of Art, London (1994-1996), but her recent works are more about just exploring the possibilities of painting. Or the potential of art, in its conventional sense. She has incorporated objects, artefacts, ornaments and photographs for creating a complex set of meaning. These comments on the conditions of an era that has witnessed two World Wars, the demolition of the Berlin Wall, disintegration of the Soviet Union, demise of ideological positions (especially Communist modules), destruction of the Twin Towers in New York, and the deposing of multiple dictators in different parts of planet, particularly the Middle East, also refer to how the East has been viewed by the West, which assumes the position of an outsider and perceives the other as an exotic paradise. 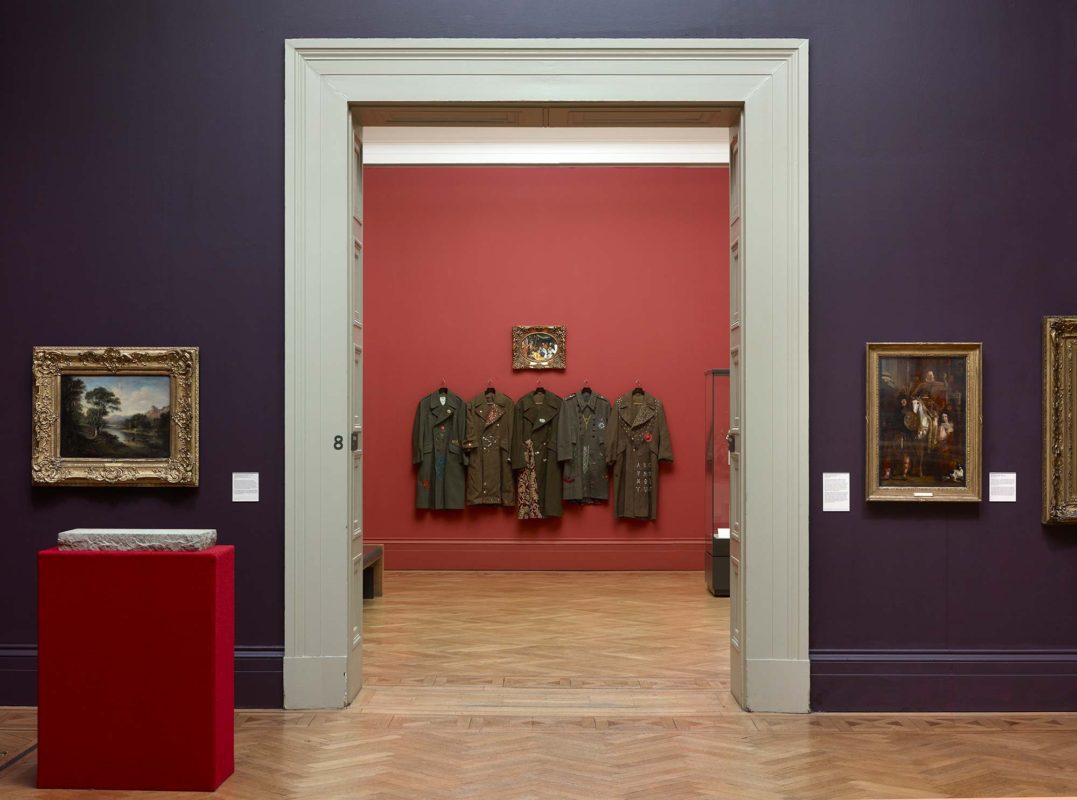 In her work, especially from Manchester Art Gallery, Syed denotes these relationships, in which East meets West, comfortably, in the fields of war. Men from North India were drafted and dispatched to far off battlegrounds to fight a battle that had nothing to do with them. In her work ‘Tent of Darius’ army trench coats are hung next to a small painting, all indicating how men are dragged into a conflict that is unnecessary, be it Imperial expeditions or national confrontations, because no matter what the political outcome, war always brings death and destruction.

In today’s world, conventional wars have been replaced by media campaigns. First one must conquer the air space, or the virtual territory of a nation, before one can actually take over the physical land (which in many cases is not required). Indian journalist Shekhar Gupta, replying to a question in Lahore about the prospect of war between India and Pakistan, remarked that war is not possible between countries that both have McDonald’s; hinting how it is the commercial, corporate and multi-national organizations who fight with each other on economic fronts in place of traditional soldiers facing one another on a barren field. Syed refers to that power struggle in a number of works, in which two worlds – the developed and developing; dominant and dominated; powerful and poor –encounter at multiple points and view each other. Her work is a chronicle of those contacts, in which East is often considered as primitive, savage, raw and dark. It is also associated with sinuous beauties and ignorant men. All that is brilliantly collected, compiled and analysed by Edward Said in his seminal book Orientalism. 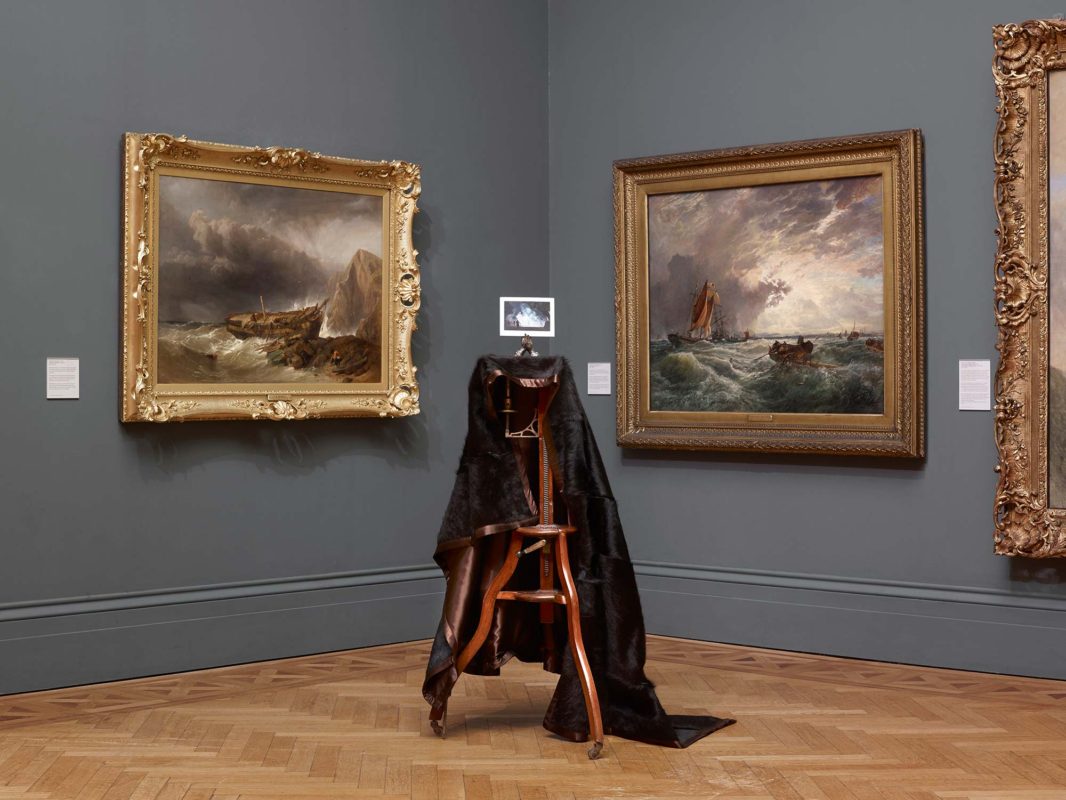 Risham Syed, responding to those attitudes and approaches, has composed works that incorporate and critique visual material that signifies certain beliefs about the imbalance of the world, particularly in relation to progress and enlightenment. The commentary upon political position emerges in Syed’s works such as ‘The Cushion,’ ‘History As Re-Present’ and ‘History As Past,’ in which references about the representation of East from past sources are used for re-reading the past and its powerful authors/authorities. In her work, images as varied as segments of a Central Asian goat’s coat (which became part of a national symbol in Pakistan), pictures of fallen planes, records of civic protests, and recollections of social and political protests on streets are combined to assert a reality that is at the same time cruel but comfortable (both for its pictorial purposes as well as for its political consequences). Risham Syed elaborates on these situations in different ways, in which she documents local products, cultural expressions and indigenous craft, all part of a larger scenario in which the relationship between a newcomer who heralds progress, development and opportunities and the old-timer who lived at an existing location, are in a confrontational state. Yet through her work one comes to recognize the strange link between tradition and modernity, or between progress and past; as she translates the shift in a culture that is generally considered normal, but also uncanny in certain situations.

Probably the most important work at Manchester is about Lahore, how Syed delineated the undergoing shift in civic works and development, which reverberates and reflects in her small paintings. In a series of immaculately created canvases, Syed has painted images from Lahore that suggest a division of power. In her sensitive rendering of houses and civic establishments, she signifies how a culture has to go through a transformation, because fashion, industry or academia is all about claiming a new space in cultural context. In her work, mainly dealing with the conversion of Lahore, Syed focuses on the segmentation of newly built environments, with all their details next to imagery of familiar vision. This blend is remarkable as it suffices the existing situation along with
its critique. 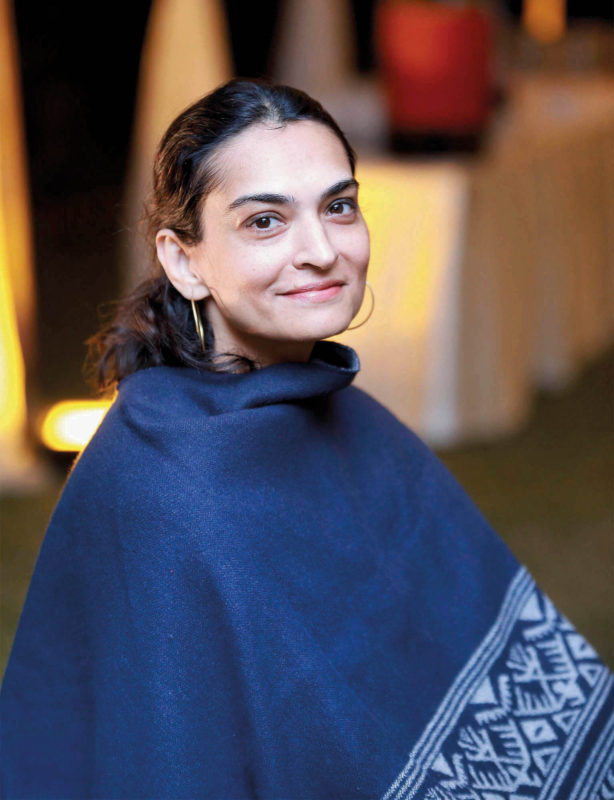 Through these paintings, Risham Syed has demonstrated her maturity, in fact mastery, on depicting details which add to a larger narrative. Her work at the Manchester Art Gallery, carefully chosen and considerately installed, allude to how the local spaces in a city are subject to tremendous and terrible transformation. Syed, through her sensitive work, reconnects with the art of the museum, since her art has always been about turning thoughts into tangible forms, which offer new meanings with each new contact, like the objects from museums all over the world.

An artist, an art critic and independent curator, Quddus Mirza is the Head of the Fine Arts Department at National College of Arts, Lahore. Holding an MA (Painting) from the Royal College of Art, London, he has shown extensively in both group and solo exhibitions locally and internationally. Having co-authored the book “50 Years of Visual Arts in Pakistan”, he writes regular columns for various print and digital publications from Pakistan, India, Bangladesh and is the editor for Art Now Pakistan.