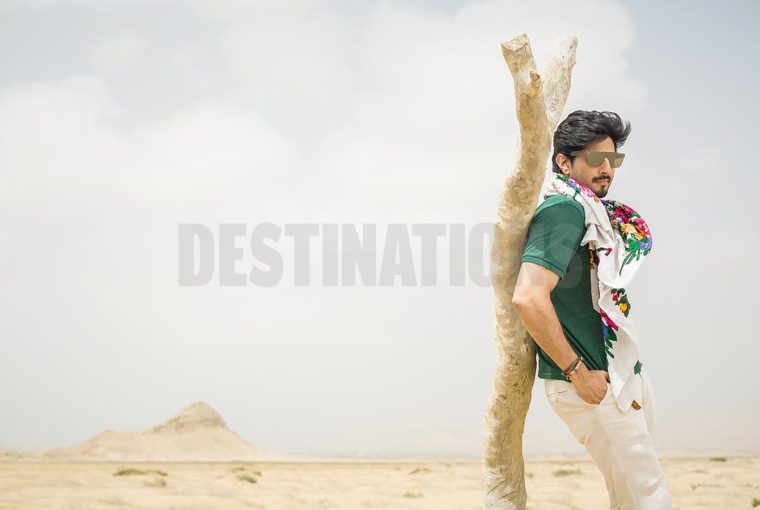 From crunching numbers on Wall Street to ruling the box office back home,

Bilal Ashraf’s rise to stardom has been anything but ordinary. Armed with a double major in Finance and Arts from Franklin & Marshall, the Karachi native worked as a hedge fund consultant in NYC till his move back to Pakistan in 2009. Given his chiselled good looks and dimpled smile, coupled with a deep interest in the visual arts, a career in films while seemingly a big career jump seemed oddly fated.

What are you excited about currently?

I’m extremely excited about the release of Yalghaar. I’ve been working on this project for almost three and a half years now and have put my heart and soul into it. I’m super excited because I can share all the hard work that I’ve done on the film with everyone schau dir diese typen an. I think the director Dr. Hassan Rana really put me through the grind and it’s been worth it.

What drew you to the project?

I’ve always wanted to be part of the army, it’s something I dreamed about as a child, and here I am – playing Captain Bilal, an SSG commando. For me it’s a huge honour that I am representing our armed forces on screen.

What has been the most challenging part of the role?

Staying fit has been the most challenging part of this role. I had to maintain a set fat percentage throughout the shoot in order to get a soldier’s physique. Every time we would shoot a spell, I would have to drop down to 9 to 10 percent body fat. I was shooting for Janaan concurrently, so that meant I was jumping from one project to the other, and coming back into this character and starting again was very tough.
I had to be very disciplined in terms of my diet. I was on boiled foods and undergoing a very tough physical regime. Then I was also working behind the camera; I was the effects director. That was also challenging because it’s a separate role altogether.

You’re working alongside some of the biggest names in Pakistani cinema in Yalghaar. What has the experience been like?

I think it’s great, I’m getting to work with legends like Shaan Shahid, Humayun Saeed, Adnan Siddiqui and Ali Khosa. Then we have some younger and established actors, such as Armeena Khan, who is playing my love interest, and Ayesha Omer. There are some really great newcomers in the film also, such as Ahmed Taha Ghani and Wali Yousuf. These names will be the future superstars of Pakistan. My good friends Ali Rehman Khan and Gohar Rasheed are also part of the cast. We’ve been like one big family – we’ve had ups and downs but the good thing is that we were all together!

What do you want audiences to take away with them when they leave the theatres after watching the film?

I want the audience to understand that the fact that they are sitting down to watch this film in the cinema means that men are giving up their lives on the border and protecting us, keeping us safe to carry on with our daily lives. Through touching personal stories, the film shows what the consequences are of a soldier’s sacrifice – how it affects his family, those around them and eventually, all of us. When people go to the cinema to watch Yalghaar, they will be grateful to the Pakistani army, the best army in the world.

What has been your toughest role to date?

The toughest one has been that of Captain Bilal. I’m now working on a film called Rangreza where I’m playing a musician and that has been also challenging since I don’t know how to play any musical instruments. I had to learn from scratch, but that’s not been as life threatening as Yalghaar! Doing my own stunts, jumping from buildings, firing live rocket launchers and grenades – it definitely wasn’t easy.

What’s the one thing that you love about Karachi? And one thing you wish you could change?

It’s very hard to pinpoint but I think Karachi has this buzz, this vibe which I haven’t felt anywhere else. Yes, it has its share of problems but I always keep coming back to Karachi. It’s home, of course, but there’s something more about this city. Its energy is addictive. If it has problems, it is our duty to try to fix those problems, rather than being the kind of people who only bring negativity to the table, instead of solutions.

If someone were to make a movie based on your life, who would you pick to play you?

That’s a really tough one! I think it actually depends on who the director is and he would be able to pick the right actor. I think if one person can definitely direct this film, it is Dr. Hassan Rana. He knows me really well, and I think he’s a great director so he can make the right choice in casting because he’s definitely done a good job in casting the people in Yalghaar and handling them at the same time.

What’s next is Rangreza! Rangreza is a film where I’m essaying the role of a pop icon. We have the same dream team who propelled Janaan to great heights internationally, including producer Munir Hussain and Sunil Shah of B4U Films. I couldn’t have asked for better co-actors. There’s my buddy Gohar Rasheed and Urwa, a brilliant actress. The film will be out in cinemas very soon.