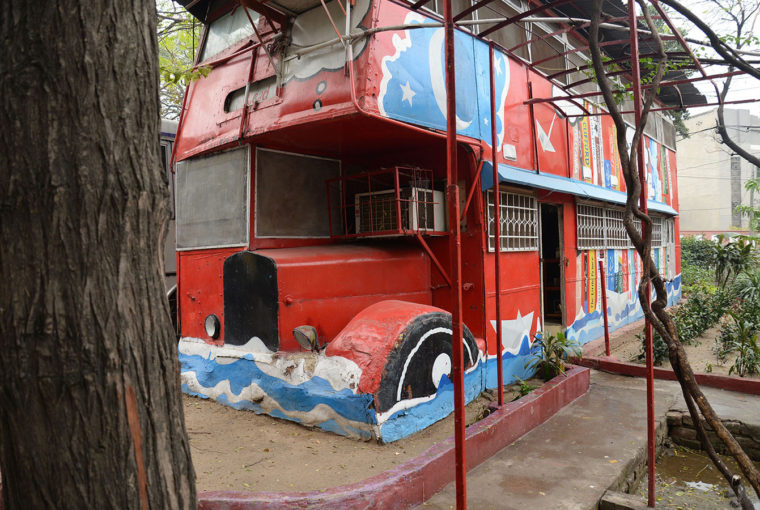 Since moving to Pakistan 4 years ago, Mette Hartmeyer has been a regular visitor to the Alif Laila mobile library, where children from across Lahore are transported to a wondrous world of imagination and creativity. She speaks to its young visitors and the President of the Alif Laila Book Bus Society to understand what the organization stands for and why it needs all the support that it can get. 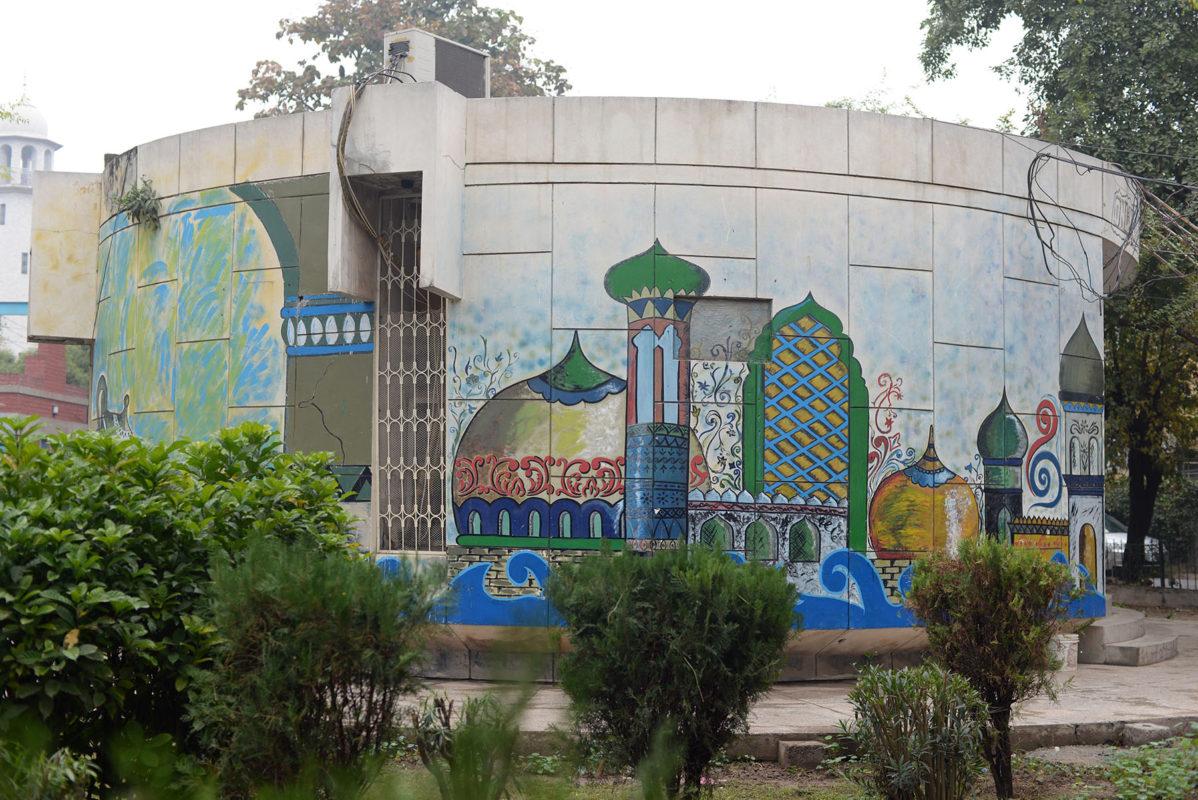 It’s a normal Monday and Mette Hartmeyer is reporting for Destinations from a colourful structure on wheels located inside a shady park in one of Lahore’s city centres.

Perhaps you and your parents have visited before during your childhood, and perhaps you never took the time to visit with your own children. For those of you who are unfamiliar, I can reveal that inside the red bus and behind the painted walls is a universe of magic, glitter pens, puppet shows, robots and stories.

We meet a lot of lovely kids and get to know more about the idea behind Alif Laila from Basarat Kazim, the author of several children’s books and the President of the Alif Laila Book Bus Society (ALBBS). Today’s visitors are kids from classes 4 and 5 at Gulistan-e-Saida School and Government Model Girls High School. There is also one boy who has come on his own from a madrassa around the block. There are approximately thirty-five children, and they are being picked and dropped by the Alif Laila staff from their schools and transported in buses.

What does Alif Laila mean and what is your story? I ask Basarat. “Alif Laila, named after the fabled Thousand And One Nights, started off as a book bus in 1978,” she explains. Today, the old red bus is parked behind Main Market next to a library in Gulberg. The library was gifted to the ALBBS by the Punjab government in 1986 and houses several rooms including a reference library and an audiovisual centre.

Alif Laila provides many types of exposure. It is, according to Basarat, one of the few places where children from government schools interact with children from more privileged private schools like Beaconhouse and Lahore American School. This serves a purpose, as she explains, “The kids from the private schools come with an expectation that they are to teach the kids from less fortunate backgrounds, but quite often the opposite happens.”

Today, the children are excited and the vibe allows for questions to be asked in a very informal sitting. I ask Anook Ikram, who works here, what is the most satisfying aspect of the job. “When the kids look excited! I don’t like them to sit here with dull faces.”

That is a deliberate aim, explains Basarat. “As a nation we don’t laugh. We don’t have that sense of humour that belongs in a classroom and I can tell you how much I have laughed with children, kids who have absolutely nothing. I do not believe in turning out degrees. I know that in our schools, there is an emphasis on rote learning and people are getting by. They are collecting the degrees, but they are not collecting the skills. They are not being able to problem solve, because they cannot think creatively and critically. I believe these skills must be put into the classroom, right from the beginning.” Her team manages to create an alternative learning environment, here, outside of the classroom, in a space that allows questions, laughter, debate, trial and error and imagination.

We all listen as the kids tell stories to each other in the library. I can’t grasp if they are made up on the spot or if they are sharing stories they have heard before, but everyone is focused on the storyteller. Then it’s time for some to read out loud from books. Sana Usman leaves them with a choice, “Urdu or English?” They all answer in a chorus, “URDU!” We hear stories like the famous Brothers Grimms’ Rumpelstiltskin, books on flowers and bears and the functioning of machines on a construction site. 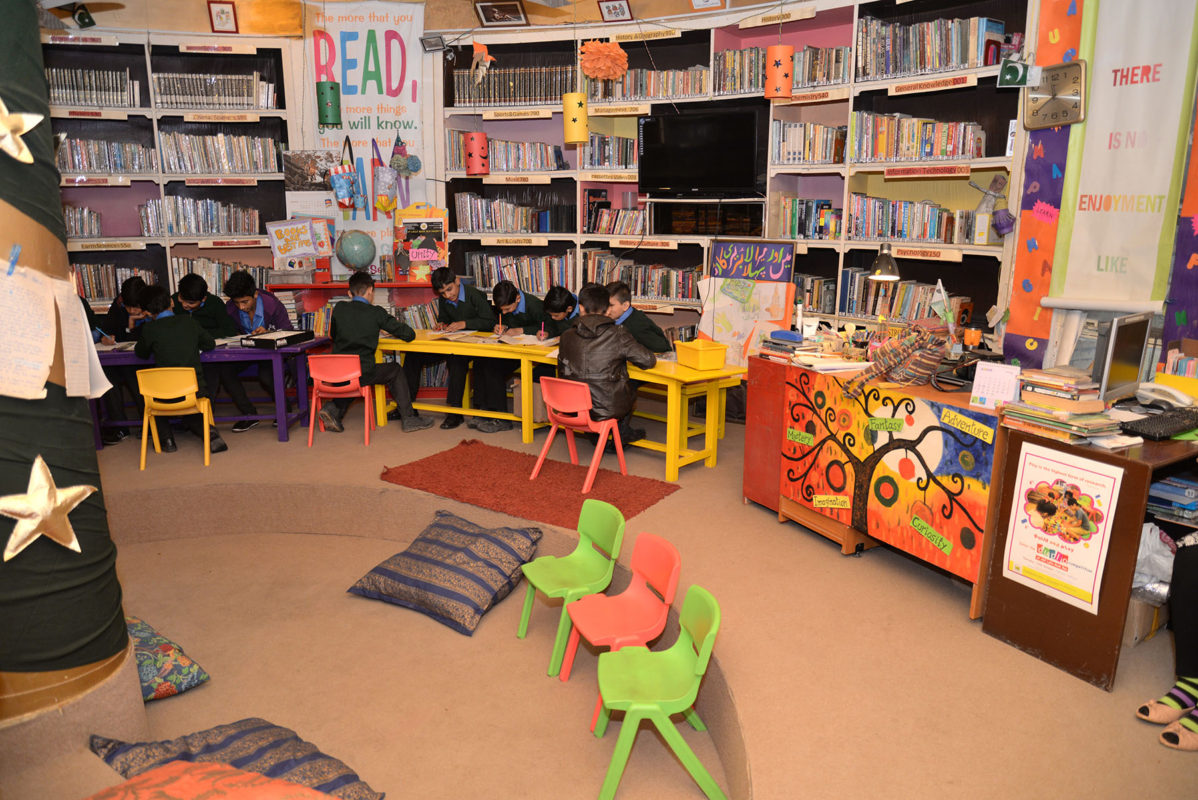 The day’s programme is full of activities for the school kids: some get to draw a character from their favourite book, others are playing with robots or computers. Some of the girls are making dolls, which will later be sold to support the running of the library. Ms. Kazim believes in building integrity and responsibility, so while the kids are learning skills it’s a bonus that they also help in sustaining the library.

In the background of this creative room hangs a doll in a box, with the sign that reads, “Think outside the box.” It’s a mantra that Basarat lives by. “What we need to do here has to be out of the box. Normal doesn’t work for us. Normal reminds one of the status quo.”

She continues, “children need to believe in something bigger than themselves.” That explains why she loves spending time with the young minds here in this world of books.

Recalling Basarat’s belief on giving children exposure to the world outside Pakistan, I find a globe and initiate a conversation in Urdu. “Yeh dunya hai.” But I am immediately corrected. “Nahin, yeh globe hai,” a little girl named Samina tells me. We finally agree that it is both. It takes us a while, but we find Pakistan on the globe, after rounding Africa, Canada and Mexico. Most of the kids are surprised to see how small the UK is. At the end a boy wishes to know where to find Gulberg, which my finger is too fat to show, but we make an attempt in collaboration. It brings us back to our own community and we sum up the day. The shuttle bus is leaving; the schools are calling the kids back as winter exams are approaching. 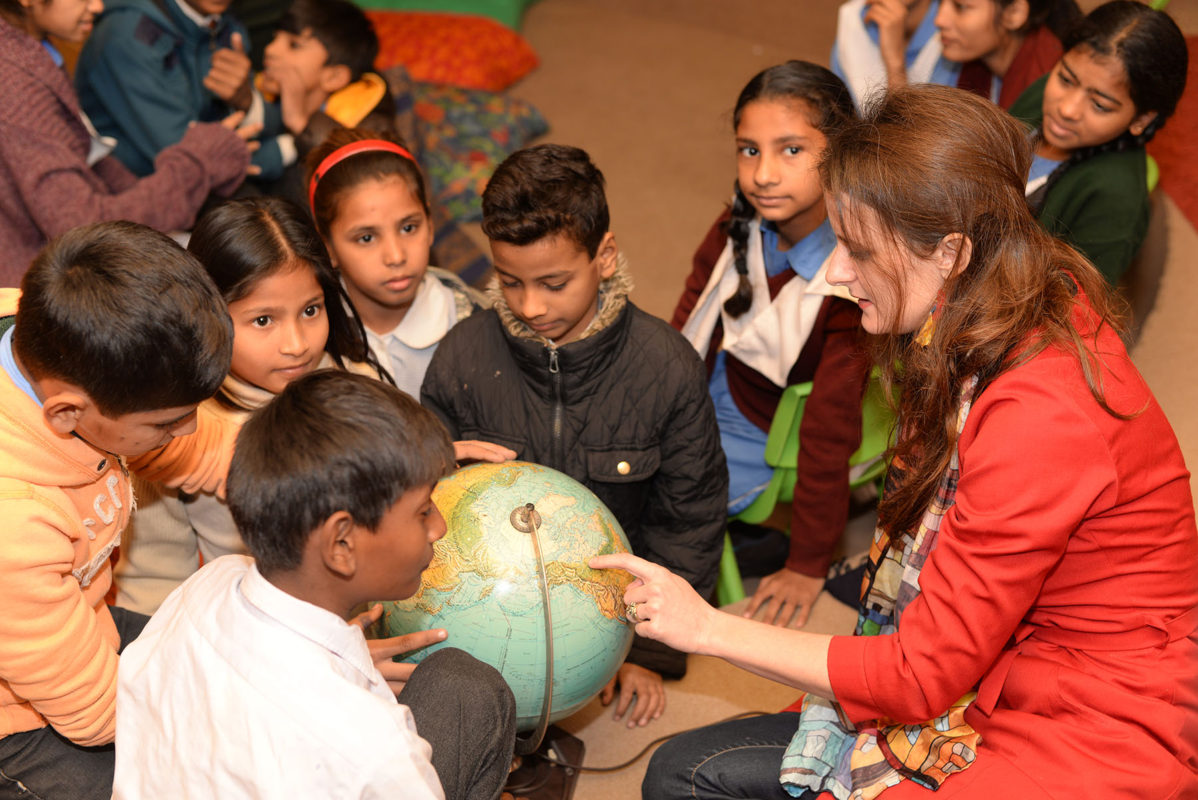 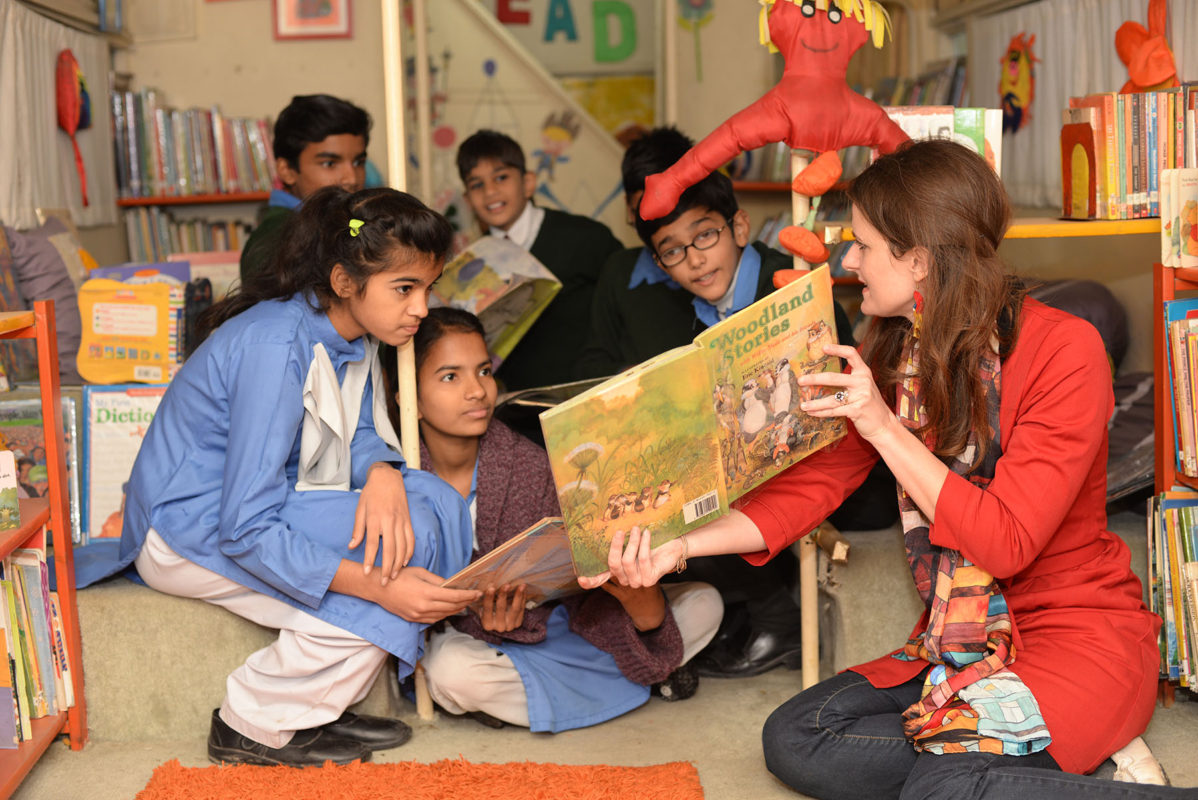 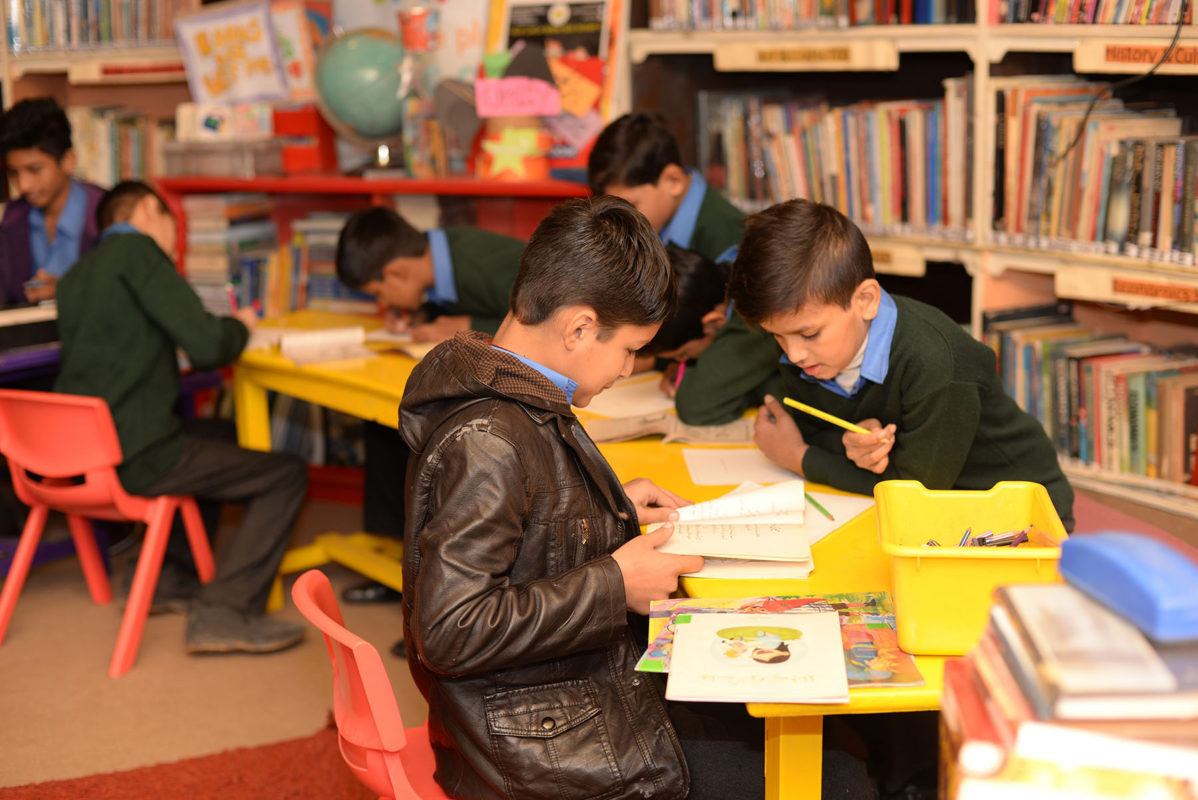 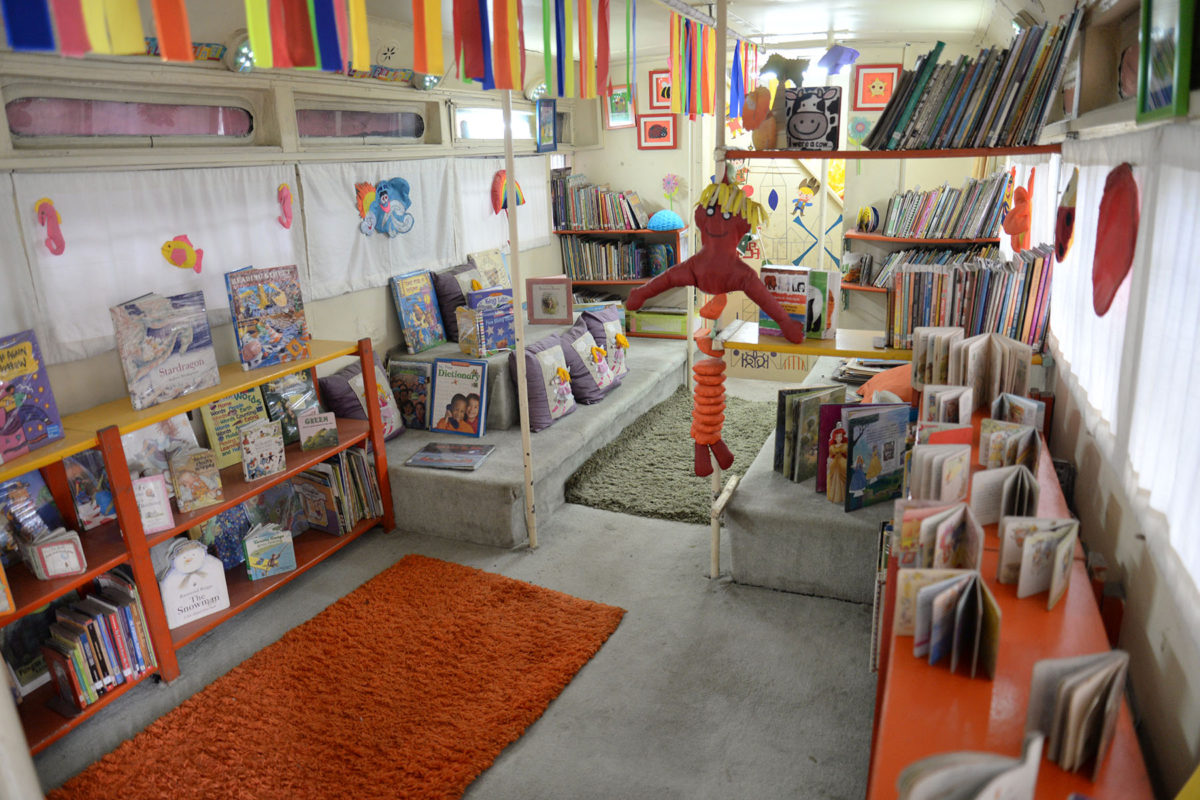 All good things SHOULD NOT come to an end.

The building which houses the Hobby Clubs and the office has been sold without prior notice.

The management needs to vacate in less than 2 months. Property values are astonomically high in the area and no buildings are available for rent.

The only feasible way to solve the problem is to re-do/renovate the library that stands in the small triangular park in B-Block, Main Market, Gulberg II.

Calling all ex and new members, those who have believed in the project for 40 years and the community at large to assist with donations, either big or small.

After money coming from within the organization, the shortfall is Rs. 40,000,000.

Donations can be given at Alif Laila.

Receipts will be issued immediately.

Alternatively your donation can be deposited directly into the Alif Laila bank account:

Mette Hartmeyer Piracha’s educational background is in the field of governance and development, and she is now studying psychotherapy. She has lived in Pakistan for 4 years, where she still is exploring her real call. She is an occasional writer and an independent development consultant. Mette loves to explore, meet people and bring life to their stories. She often visits Alif Laila, where she helps out, when needed. 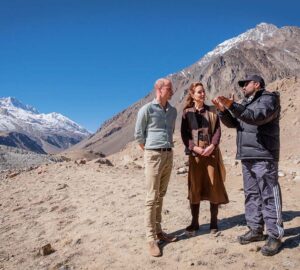 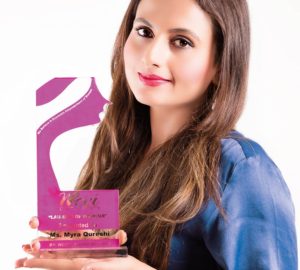 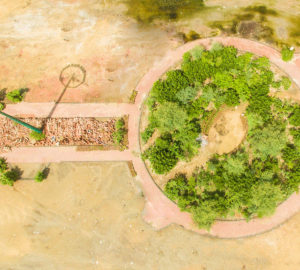