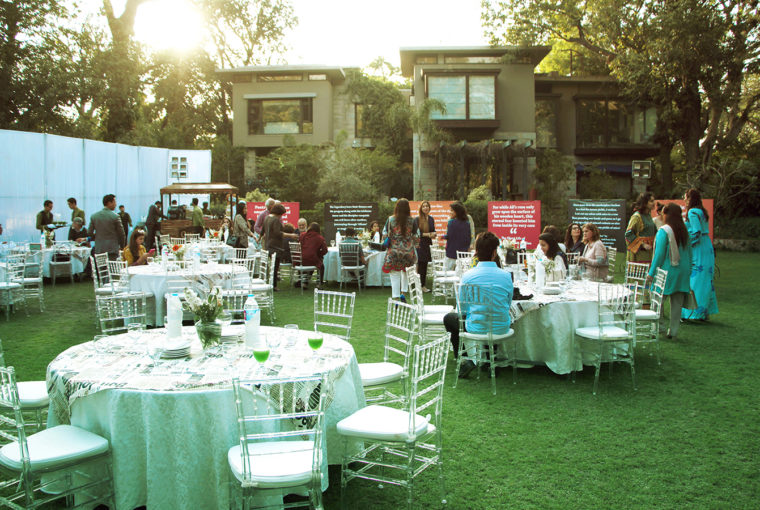 The Aleph Review celebrated the launch of its second annual issue amongst an august audience of art and literature enthusiasts in Lahore on a lovely spring day dated Sunday, 4th March 2018.

On a sunny March afternoon, with dappled sunlight streaming through the tall trees in Lahore Cantonment and the smell of spring in the air, an assorted group of young and old assembled to celebrate art and literature in the form of The Aleph Review. Spearheaded by Mehvash Amin, poetess and erstwhile editor of various publications, The Aleph Review is an annual anthology of creative expression based out of Pakistan that champions the young and undiscovered while also revering the veterans.

The Aleph Review was launched in 2017 and its inaugural issue paid homage to late Pakistani poet Taufiq Rafat and his idea of a Pakistani idiom in modern English literature. Lovers and critics of literature alike hailed the issue as a valiant effort. With the second volume the team at the Review has curated a more vibrant, colourful publication with a heavy focus on art as well.

The audience sat around round tables covered in newspaper-print fabric, eating tapas and drinking fresh mint lemonade and coffee – an ode to the café culture of yore that originated in coffee houses in and around Austria, giving rise to what later was termed as the public sphere.

In true café society fashion, the team at the Review had organised mini-panels or dialogues between contributors of the anthology. From the realms of the Tilism-e-Hoshruba, translated painstakingly by Shahnaz Aijazuddin, to the more realistic travels of Salman Rashid, the dialogues provided a glimpse into what the Review has to offer.

Poetry recitations by the renowned Ahmed Rashid and upcoming poetess Yusra Amjad showcased the diversity of established and new talent in the country.

Moreover, a panel on artists highlighted the myriad works found in the issue but focused specifically on Rukhe Neelofar, the artist whose painting is the cover of the second issue of The Aleph Review.  With the actual painting holstered up on a canvas in the background, the audience delved into Rukhe Neelofar’s process of combining elements from her own work and those present in the anthology. The culmination of this effort is a spectacular kaleidoscope of colours that make the anthology even more appealing.

The evening ended with a video montage of a selection of contributors presenting their work either through regular reading or via interpretive videos. Guests mingled in the early twilight, conversing about the importance of homegrown literary and artistic platforms and admiring the efforts of The Aleph Review team; the second issue sold out at the launch but will be available at leading bookstores across the country.

Our Gal at Galle 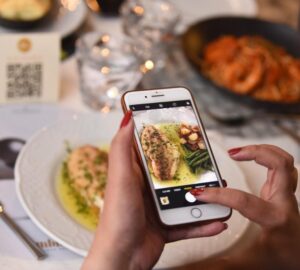